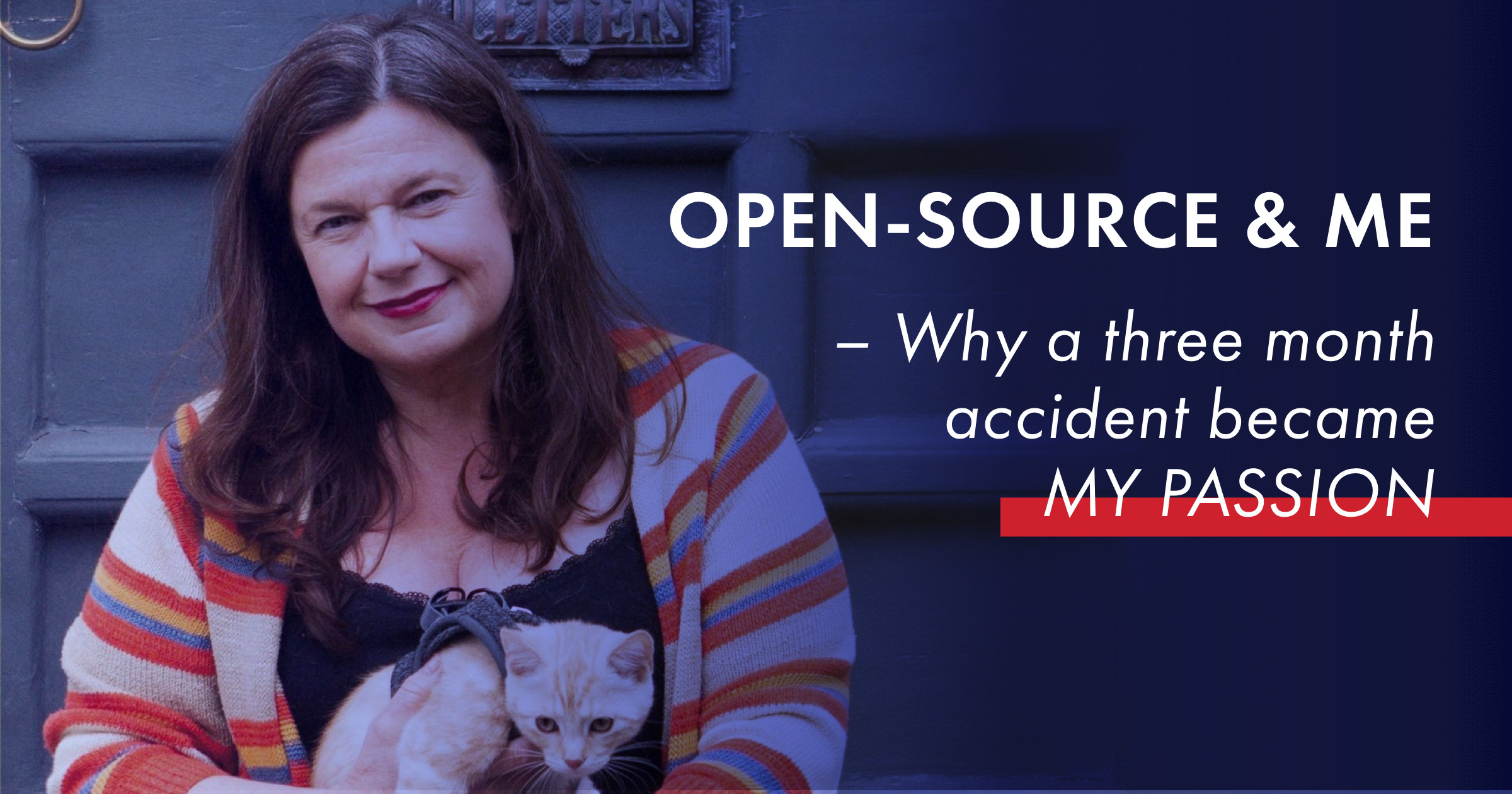 Open-Source has long been a part of my life, but this was an accident of employment, frankly. As a technology lawyer I took a three month contract with a company called Canonical. I had heard of open-source but in reality, I knew very little about it. I was meant to move on to Amazon, once I completed the three months, to work on their first electrical retail product (which I now know would have been the Kindle).

My background included a five year stint at Dixons where I first had worked on the set up and IPO of the ISP Freeserve. After that, I moved into another project there which was an early stage Digital Transformation team led by Accenture’s Oliver Benzecry, and made up of a mixture of Dixons and Accenture folk. Of course, being in both of those teams didn’t let me off the hook from the day to day of legal advice across our business and for a period of time I looked after the computer buying team, managing the “legals” for computer buying across Europe. We were, at that stage, the biggest computer vendor in Europe and had two OEM brands, Advent and Patriot. That experience was why Amazon had asked me to join.

It may at first seem odd, but this same experience was what really made me perfect for the Canonical role. In early 2008 when I joined Canonical - I recall I was employee 165 – Canonical was the commercial sponsor of the Ubuntu operating system and was very focused on the desktop. It worked with OEMs to pre-load Ubuntu in the same way as Microsoft had similar deals for their Windows operating system. For Ubuntu to develop on the desktop, this knowledge was of great value.

I couldn’t have known on joining Canonical that I would still be working in Open-Source over a decade later and that my role would be so very different. I simply became fascinated with Open-Source. I had landed somewhere that I really felt was a good fit. I loved the people I worked and interacted with. One thing leads to another in life and I always encourage people to do what is interesting and to try to embrace change.

Of-course my legal background really helps today, as I understand legal structuring from a governance perspective. I read contracts and I am very familiar with the legal issues in all areas of open which is critical for our policy work at OpenUK, but my day to day existence is a million miles from what I used to do.

There’s a certain liberation in being a CEO and not being a company’s lawyer. I am not constrained to represent someone else’s corporate line, and I can work with my Board to set the strategy. It has allowed me to write and speak more around policy and open technology and to be free to influence that strategically in the UK through OpenUK.

We have a moment in time in the UK as a consequence of Brexit. I spotted that moment as an opportunity for Open in the UK last year and agreed to become CEO of OpenUK to take advantage of it. OpenUK is effectively 7 months old. There was a pre-existing organisation but the only real connection to that is the name, which was too good to lose. We have revamped the Governance and completely re-invented the organisation.

Critically, our focus is Open Technology in all its forms. I think we are the first organisation anywhere to come out and say that this is what we are about. In our definition we have the three Opens: Open-Source Software; Open Hardware and Open Data.

As you can see on our site, we have an amazing Board of globally recognised leaders that are active around Open Technology and who are based in the UK. The Board were appointed for an initial two years and part of their remit is to help build the infrastructure to allow us to begin the process of moving to an elected Board in late 2021. We will likely do this in stages so that the whole Board will never transition at once. As I write this, we are going through strategy meetings to build the infrastructure for voting and elections.

The Board’s last strategy meeting in January led to our vision which is to build and sustain UK leadership of Open Technology. Six months in, I think that is going well.

We are clear now that we have three pillars: Community; Legal and Policy; and Learning and our work spans these 3 areas. From a Community perspective our Museums Committee is very active, and you will have seen that we have 84 nominations for the First Edition of our Awards taking place on 20 October as part of OpenUK Week. We are working to make that special for everyone shortlisted, as they have made fabulous commitments to Open Technologies in the UK and we want to celebrate those strides that people are taking.

In the future, we hope to launch a community mentoring initiative in the autumn and there will be some announcements around an influencer list to look out for. Importantly we will also launch our Individual Supporter opportunity in September too.

Our Legal and Policy group was invited to contribute to UKIT’s work on negotiating the new post Brexit trade agreements and met with them in February. We have also recently completed a joint overview of Open-Source in the UK public sector with the OSOR. That group spawned the Future Leaders Group which has regular Friday training sessions from global leaders in open-source.

The group is working on a review of public sector terms and conditions in the UK, with a planned report in September and a seminar for Government in October as part of OpenUK Week. Our hope is that we can encourage more use of Open Technologies across the UK Government, so that we can build up more businesses locally and deliver services that can help us transform how we all do things. This experience can then be exported and shared internationally.

Last but not least, Learning. We have work streams there around how Open Technologies are discussed in secondary and higher education. We have a Universities Group that is working on how to increase awareness and use of open-source in teaching, while our secondary education work is going really well around giving pupils and teachers a first introduction to open-source software and hardware too. We have an ongoing activity with almost 50 schools that are participating in our MiniMu Glove-based Kids’ Competition, supported by Red Hat and GitHub. The kids are all working away, learning to use the glove and be creative with it thanks to our Kids Course designed by David Whale, with voiceovers by the singer and inventor Imogen Heap and Steph Bower, and animation by Matt Buck at Drawnalism.

The course hasn’t been publicly released yet and will be coming to a device near you this August as part of our OpenUK Digital Kids Camp. Look out for one minute of learning on open-source in each 10 minute episode. There will also be a very special kit giveaway to be announced shortly.

The Learning Committee will be focused on an apprenticeship scheme and academic qualification in Open Technology from September, with a target to launch these in 2022.

All of this forms the execution at the present time of our plan to develop the UK leadership of Open Technology. Of course, that will involve collaboration across the globe with many folk from different communities. The international opportunities we can have in the UK, by becoming part of this community, is a great advantage of the Open collaboration model.

I would encourage you all to think about where your interests lie and to consider getting involved in OpenUK. We are keen to welcome all participants and if you are interested in getting involved do please get in touch. Anyone interested in joining our newsletter for regular updates can do so at openuk.uk or by emailing hello@openuk.uk and we can answer any questions on that address too.